The letters and abbreviations beneath a print can occasionally be confusing. In the example above, we discover the artist's name (J.M.W Turner), that he was a member of the Royal Academy (R.A.) and that he painted the original work from which this print was produced (pinxt, an abbreviation of pinxit, latin for 'he or she painted it').
Below left we find the word 'Delt' after Turner's name. This is an abbreviation of delineavit , latin for 'he or she drew it'. The first example is therefore after an original Turner painting. The second is after an original Turner drawing.
'Sculpt' after Middiman's name (below right) is short for sculpsit, 'he or she carved it'; literally, the person who carved the lines onto the plate.
If you come across a print with two names below the image, a good (but not universal) rule of thumb is that the original artist's name will be on the left; the engraver's name will be on the right. 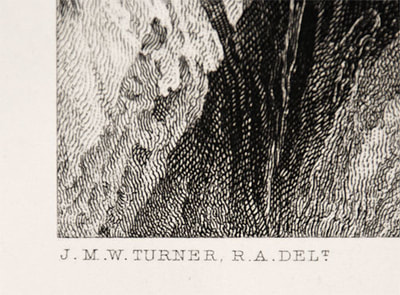 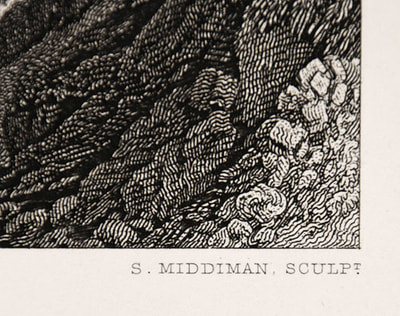 James Virtue, of Virtue and Co., originally published engravings after Turner's paintings and drawings in 1860. The works below are later impressions produced from 1879 through the 1880s. 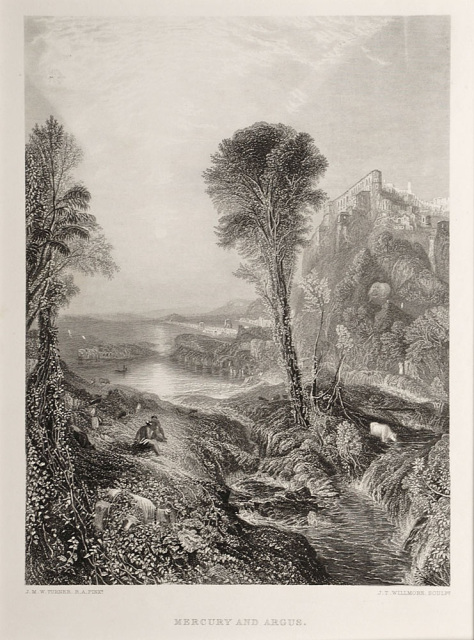 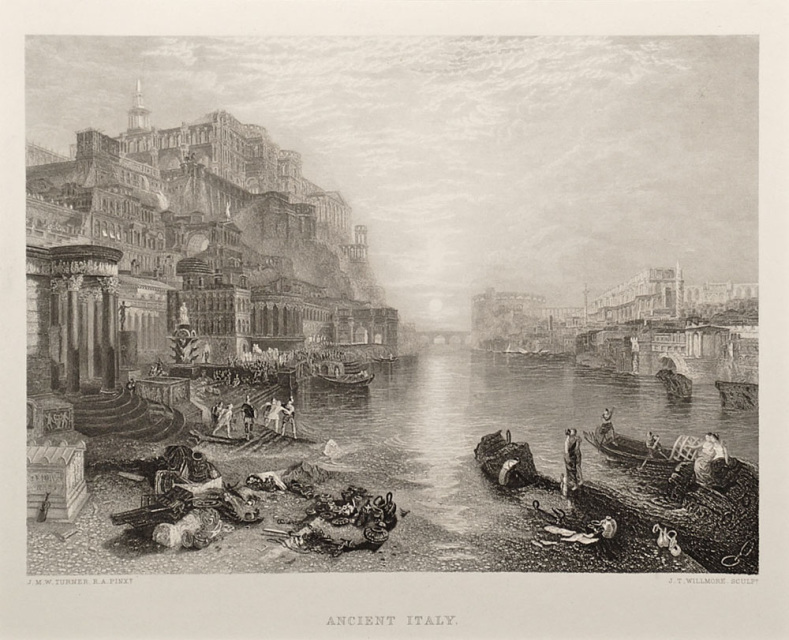 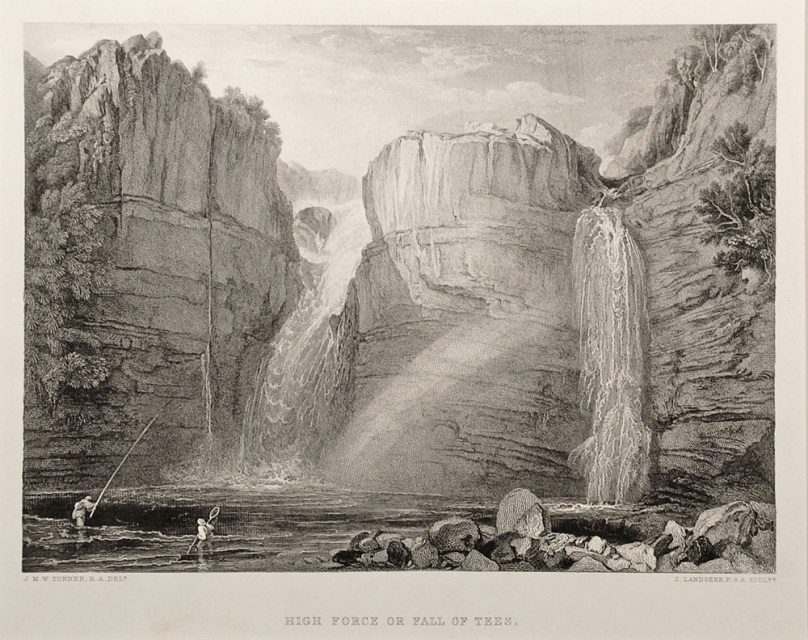 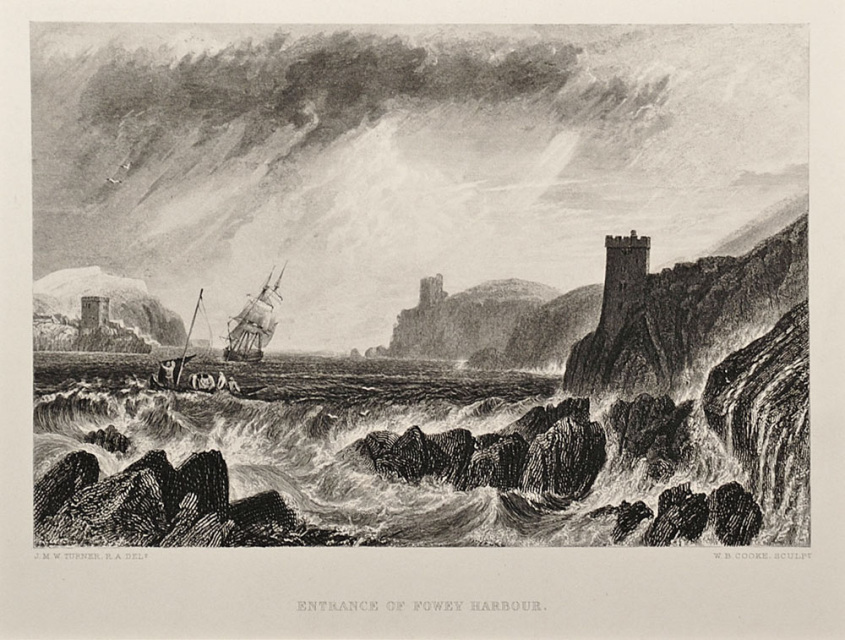 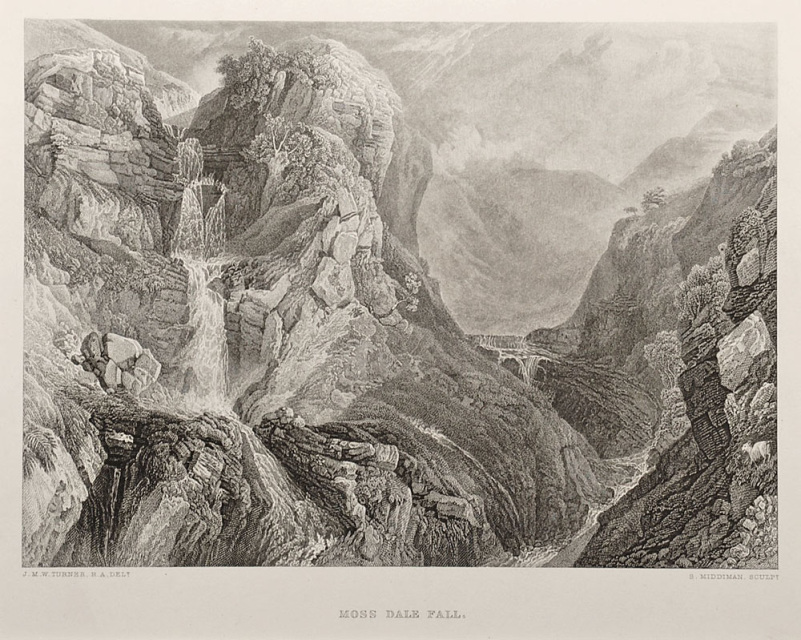 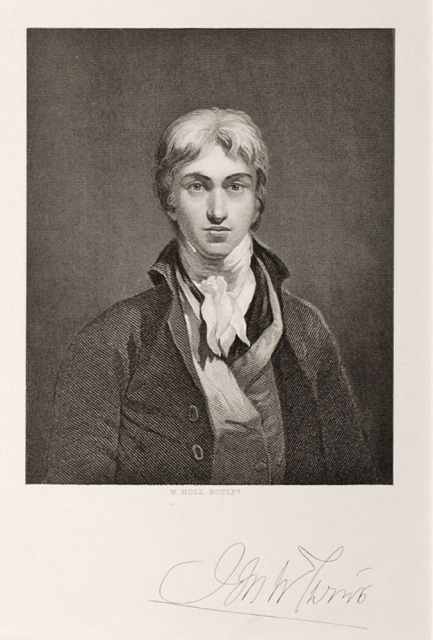 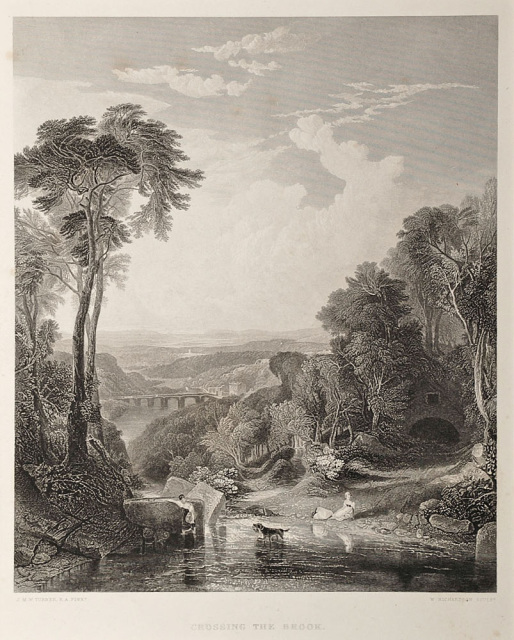 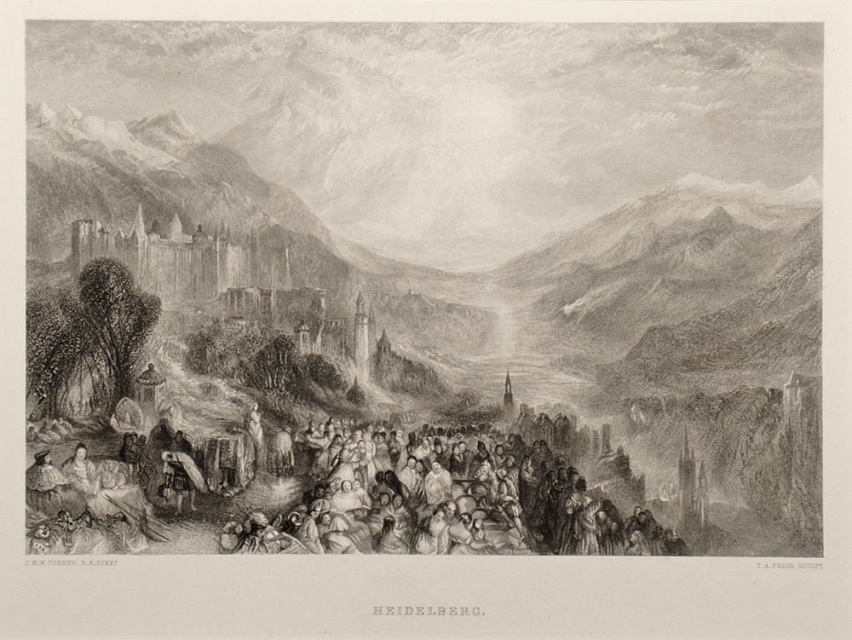 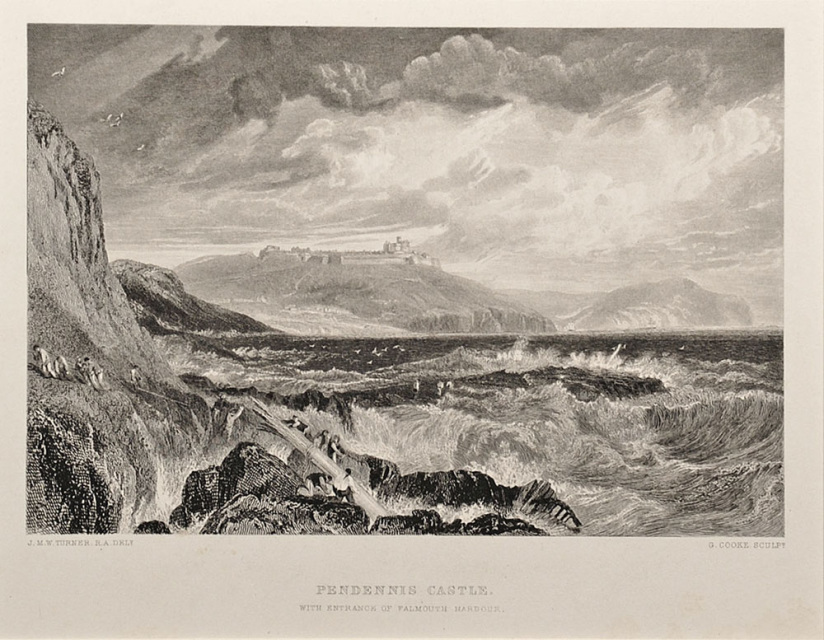 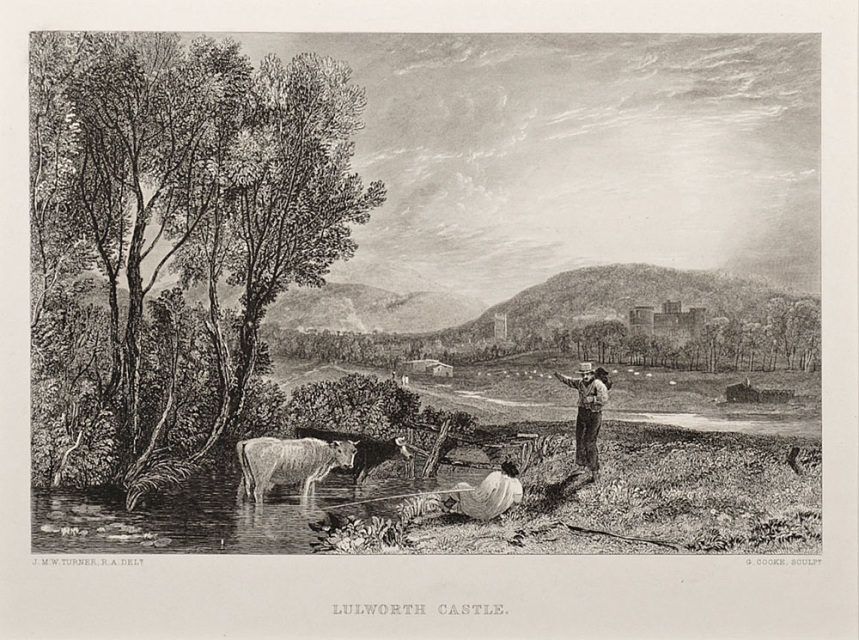 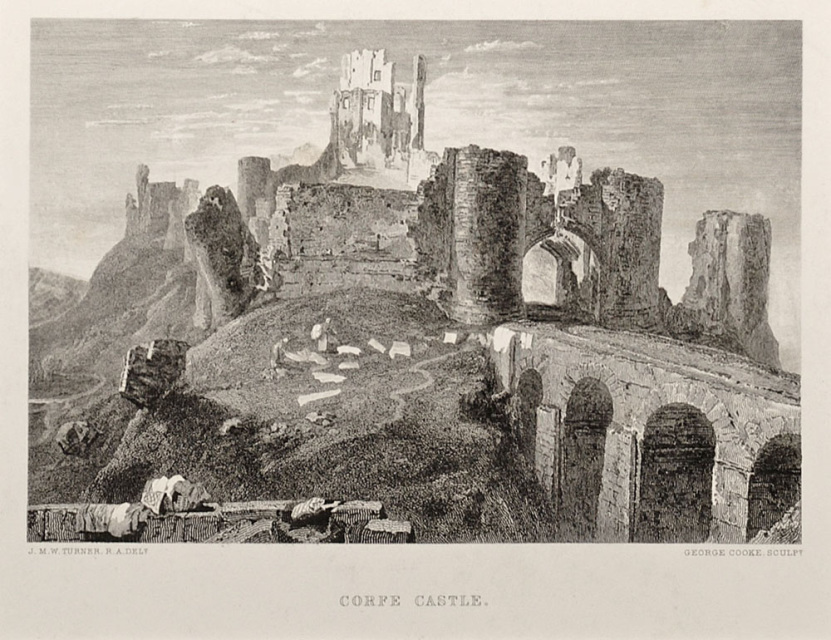 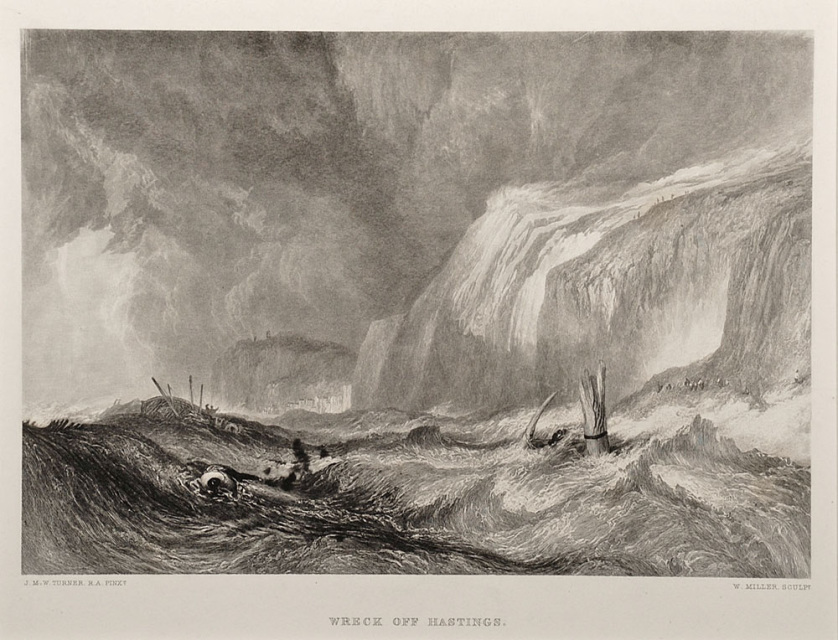 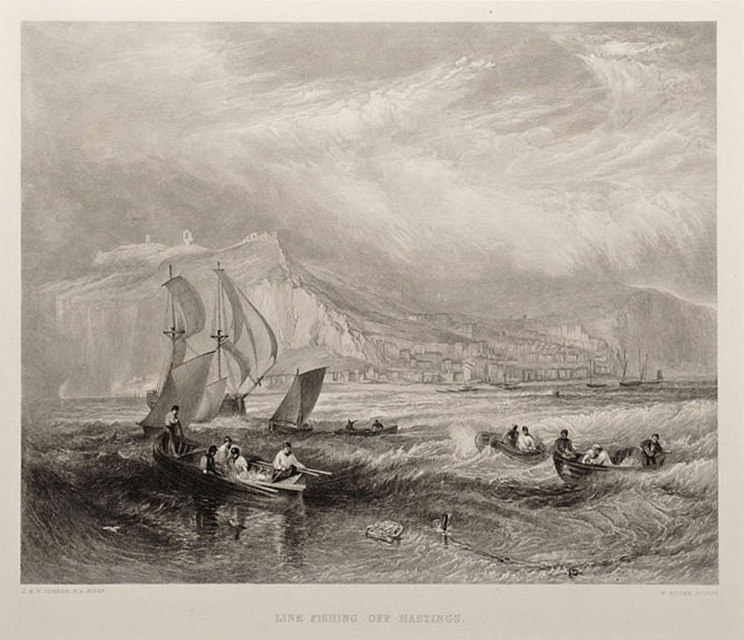 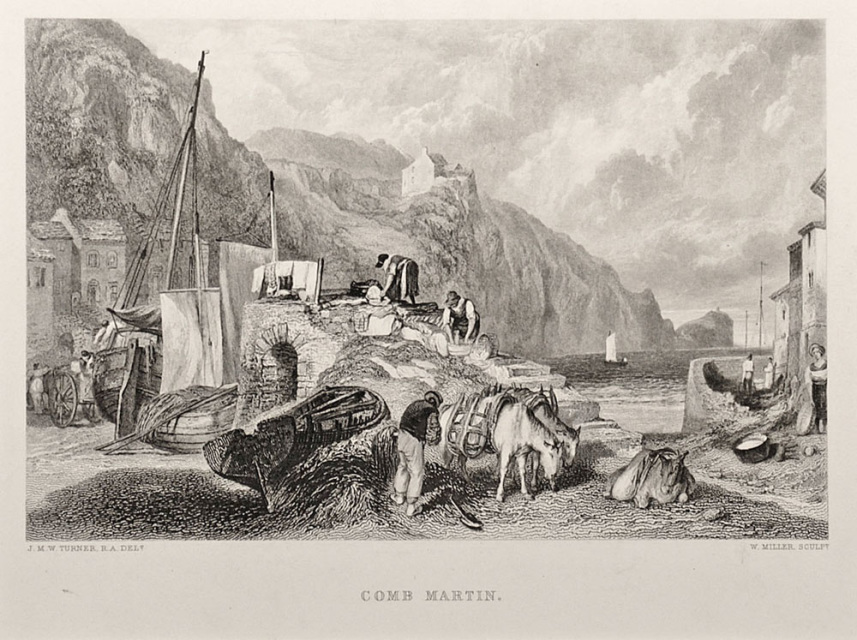 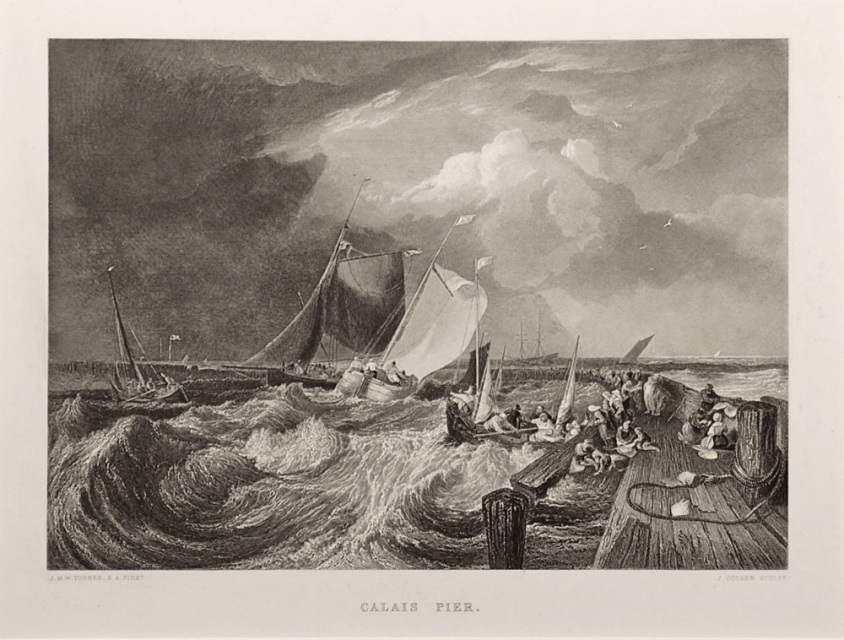 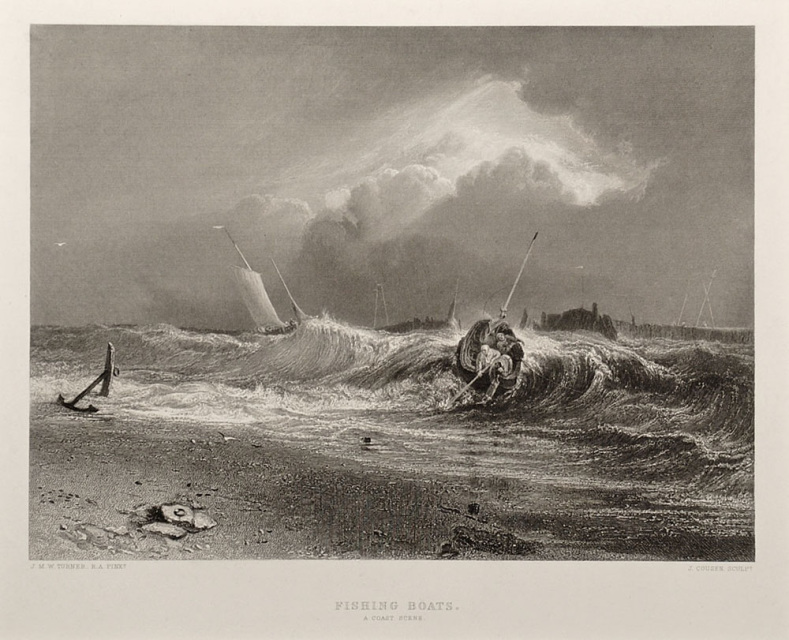 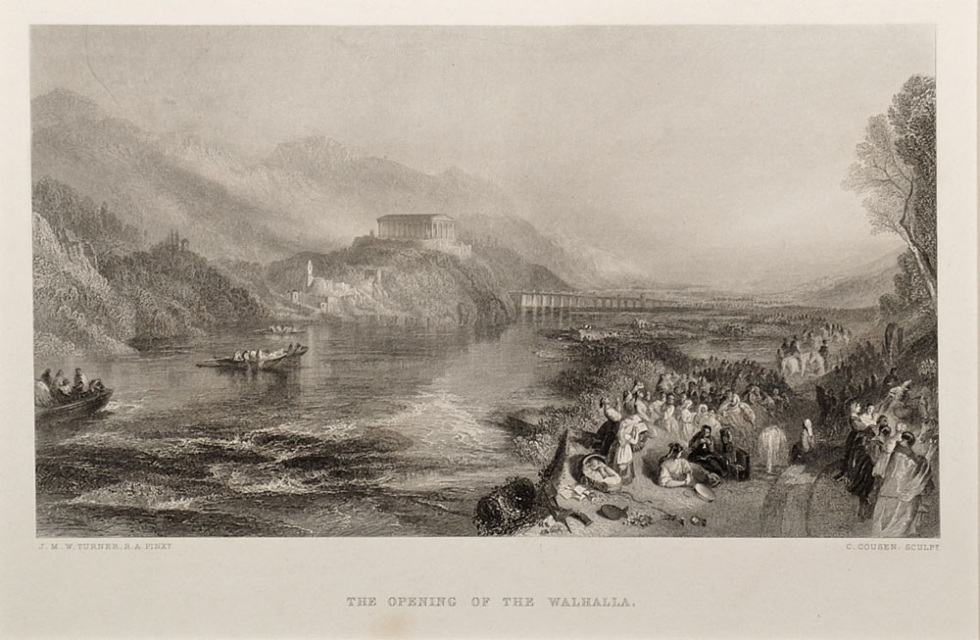 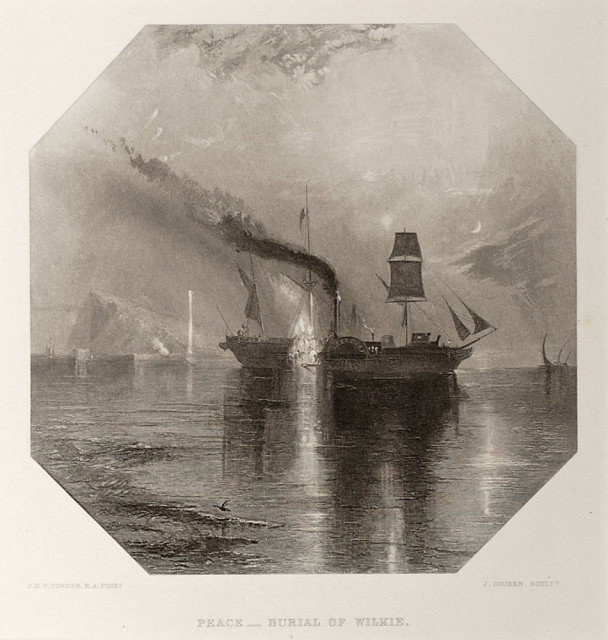 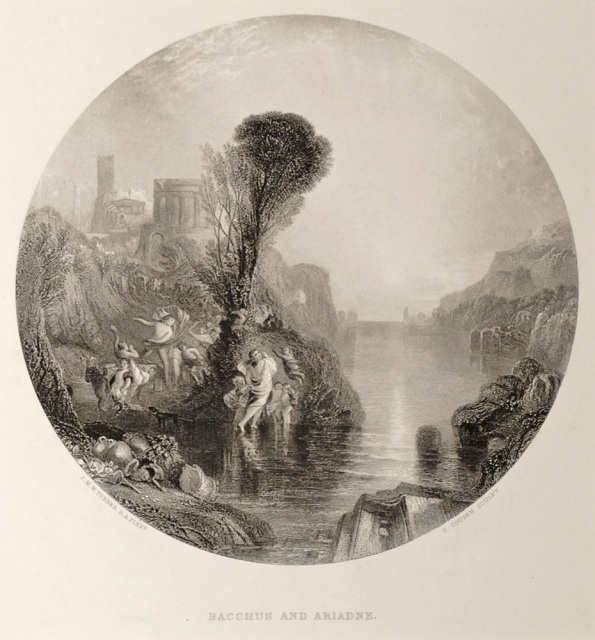 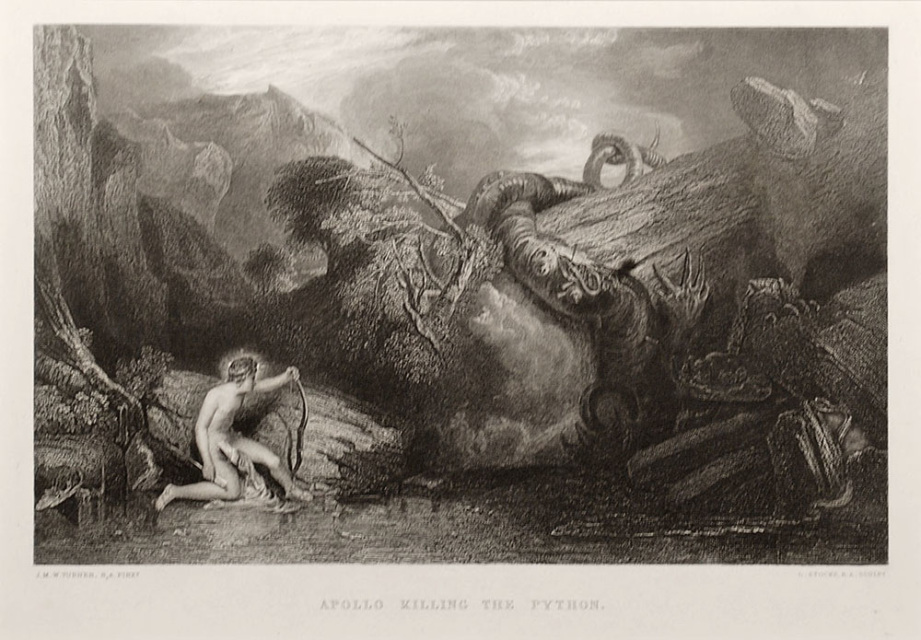 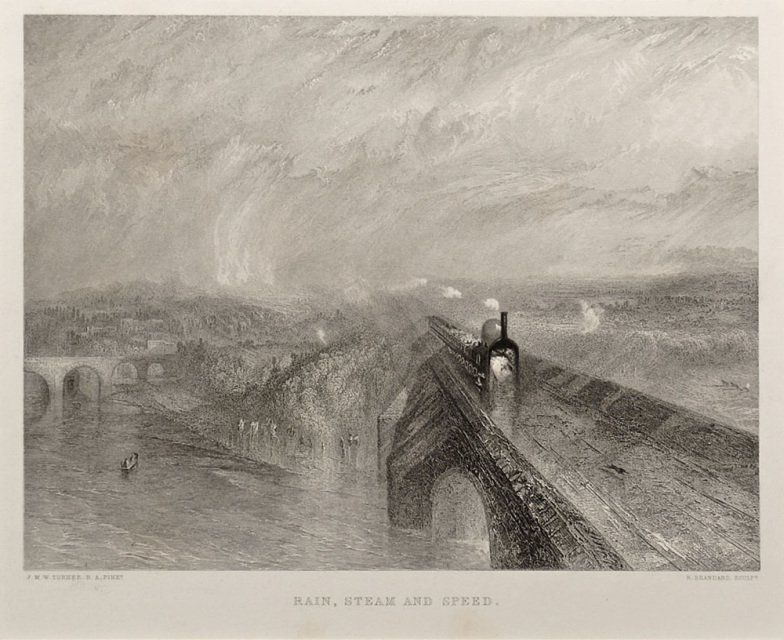 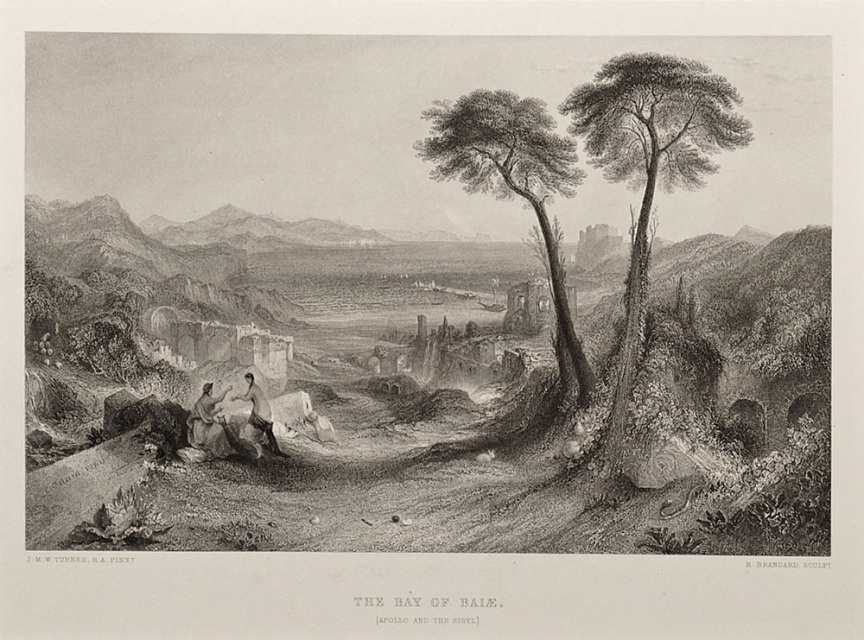 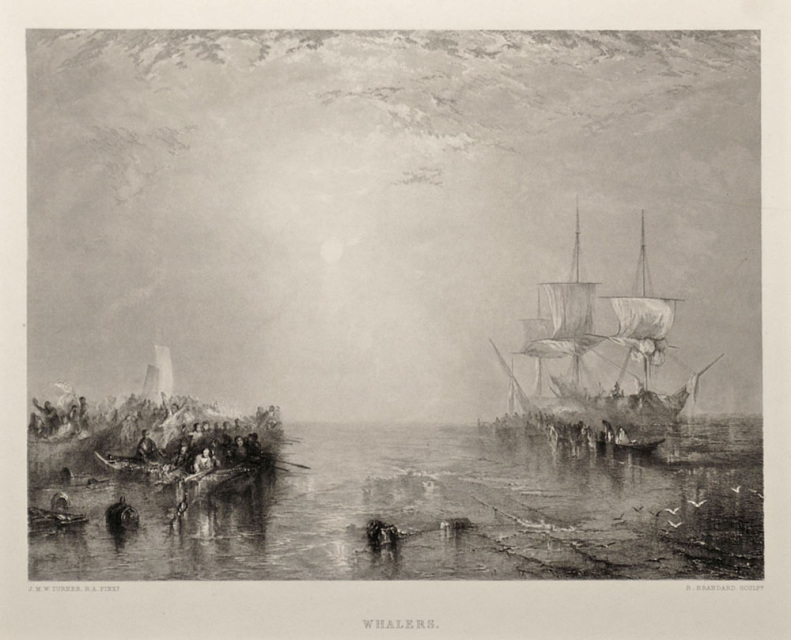 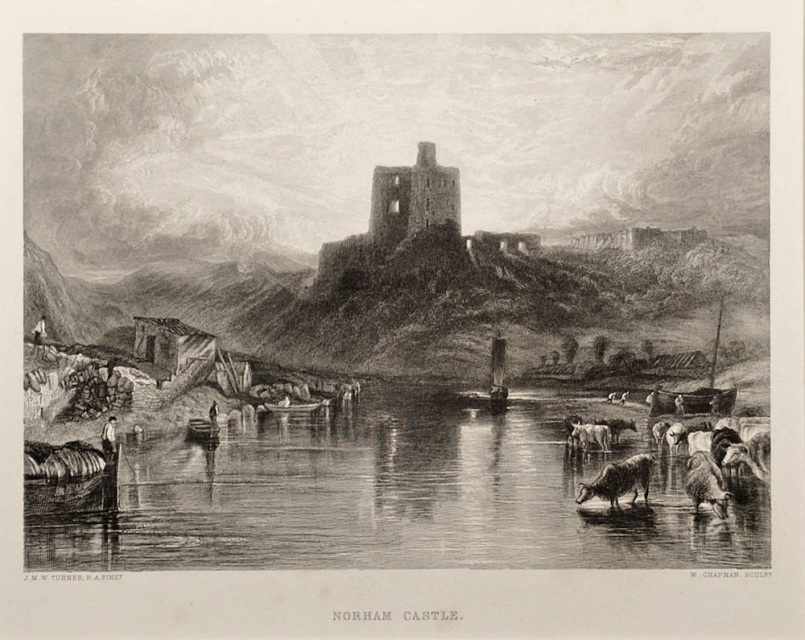