What is an Engraving?

What is an engraving?

An engraving is an intaglio print produced by the incision of lines on a metal or wooden plate.

In contrast to etching, where the design is drawn on acid-resistant wax, the lines of an engraving are drawn directly on to the plate with a hard-tipped tool known as a burin. In terms of metal, early designs were engraved on copper; from the early nineteenth century, steel became predominant. Steel, being harder than copper, is capable of printing a greater number of impressions. 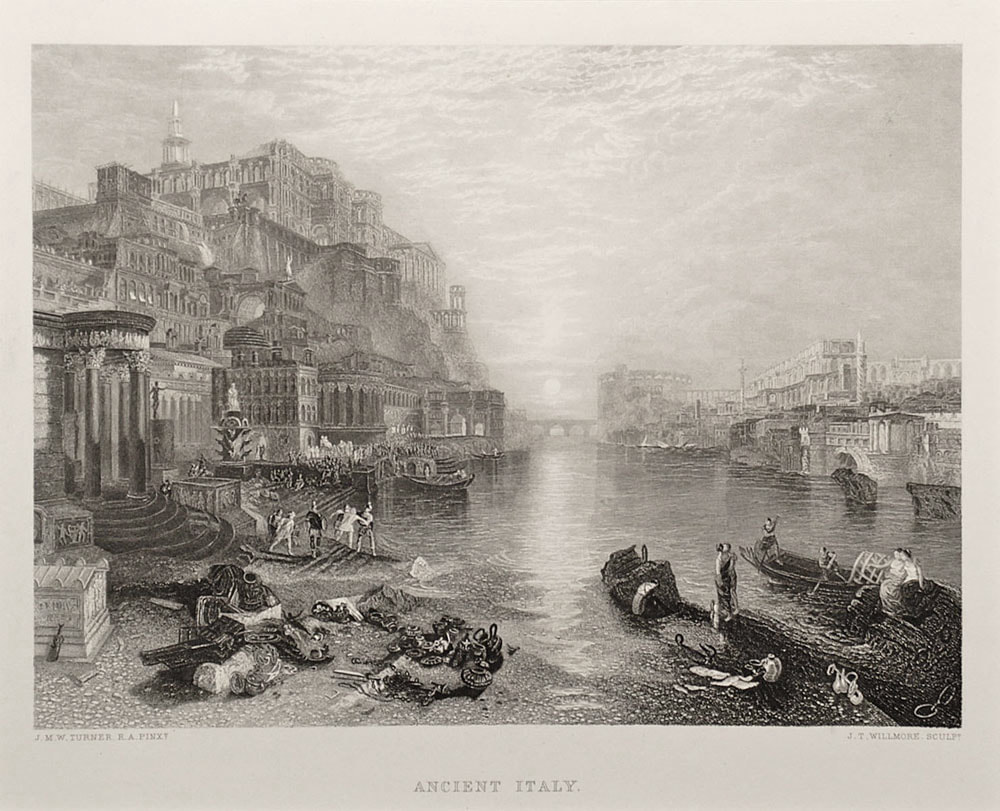 Ancient Italy, c.1880, James Tibbitts Willmore (1800-1863) after J M W Turner (1775-1851), steel engraving
​
The letters and abbreviations that often appear below engravings provide information on the artist of the original work and on the engraver who copied the original for printing. 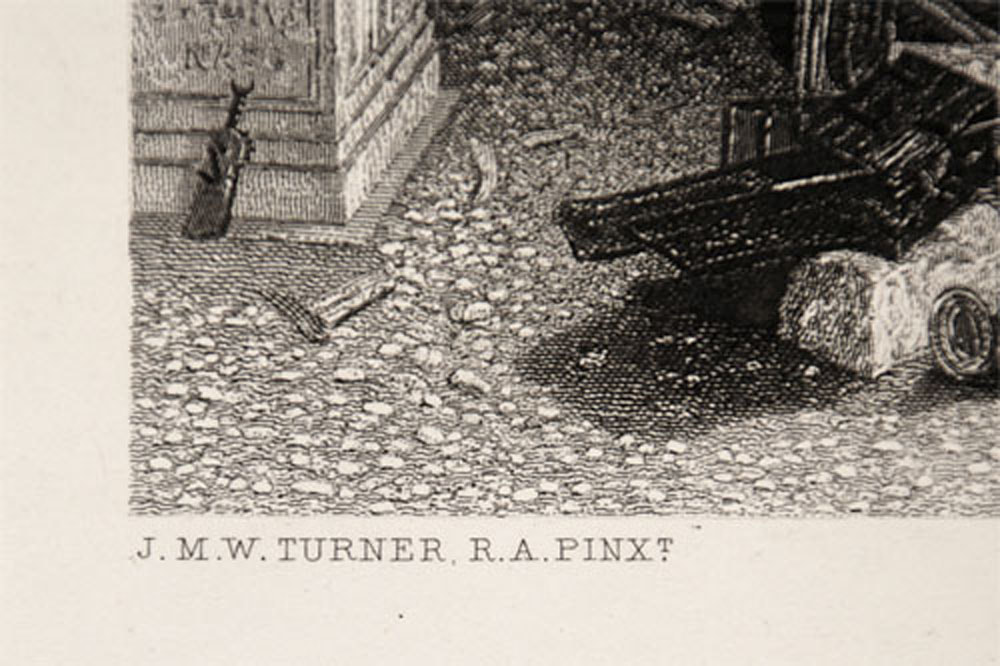 Ancient Italy, c.1880 (detail), James Tibbitts Willmore (1800-1863) after J M W Turner (1775-1851), steel engraving
​
In the example above, we discover the artist's name, J.M.W. Turner, that he was a member of the Royal Academy (R.A.) and that he painted the original work from which this print was produced (pinxt, an abbreviation of pinxit, Latin for 'he or she painted it').
Below left we find the word 'Delt' after Turner's name. This is an abbreviation of delineavit, Latin for 'he or she drew it'. The first example is therefore after an original Turner painting; the second is after an original Turner drawing.
'Sculpt' after Samuel Middiman's name (below right) is short for sculpsit, 'he or she carved it'; literally, the person who carved the lines onto the plate.
​Moss Dale Fall, c.1880, Samuel Middiman (1750-1831) after J M W Turner (1775-1851), steel engraving
​
If you come across a print with two names below the image, a good rule of thumb is that the original artist's name will be on the left; the engraver's name will be on the right. 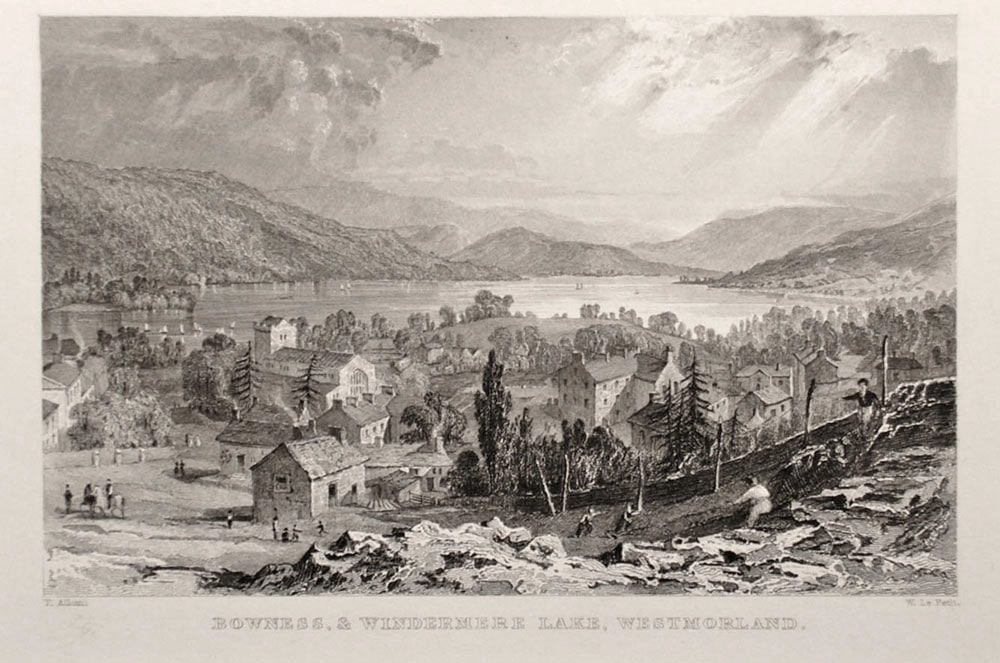