What is a Drypoint?

What is a drypoint?

A drypoint is an intaglio print produced through the action of a hard point on a copper plate.

‘The quickest way of making a printable mark on a copper plate is to score the surface of the metal with a sharp point. Unlike the engraving tool, which lifts a sliver of metal clean out of the plate, a needle-like point will merely push the metal up to either side of the line – much as if scoring the surface of a pat of butter with the point of a knife. When this burr has been removed with a scraper the result is a shallow scratched groove, which will print with an appearance similar to that of a quick stroke with a hard pencil. From the early years of intaglio printmaking the convenience of the drypoint needle (sharply pointed in hard steel or with a diamond) meant that it was often used for adding final and light touches in both engravings and etchings.
If this had been the sole use made of drypoint, it would merit mention in books on printmaking only as a minor adjunct to the engraver’s burin. But it acquired a unique characteristic of its own through the attention of the artist-etchers, Rembrandt as ever prominent amongst them. They turned it to a new and very fruitful purpose by the simple device of not scraping away the burr. The printed result of this is startling, for the tiny rims of raised and jagged metal retain the ink in a manner quite unlike the grooves recessed below the surface of the copper. When forced in the press against the absorbent paper, the ink is transferred in a warm blur very different from the precise lines and dots of true intaglio.’
Bamber Gascoigne, How to Identify Prints, Section 11
​ 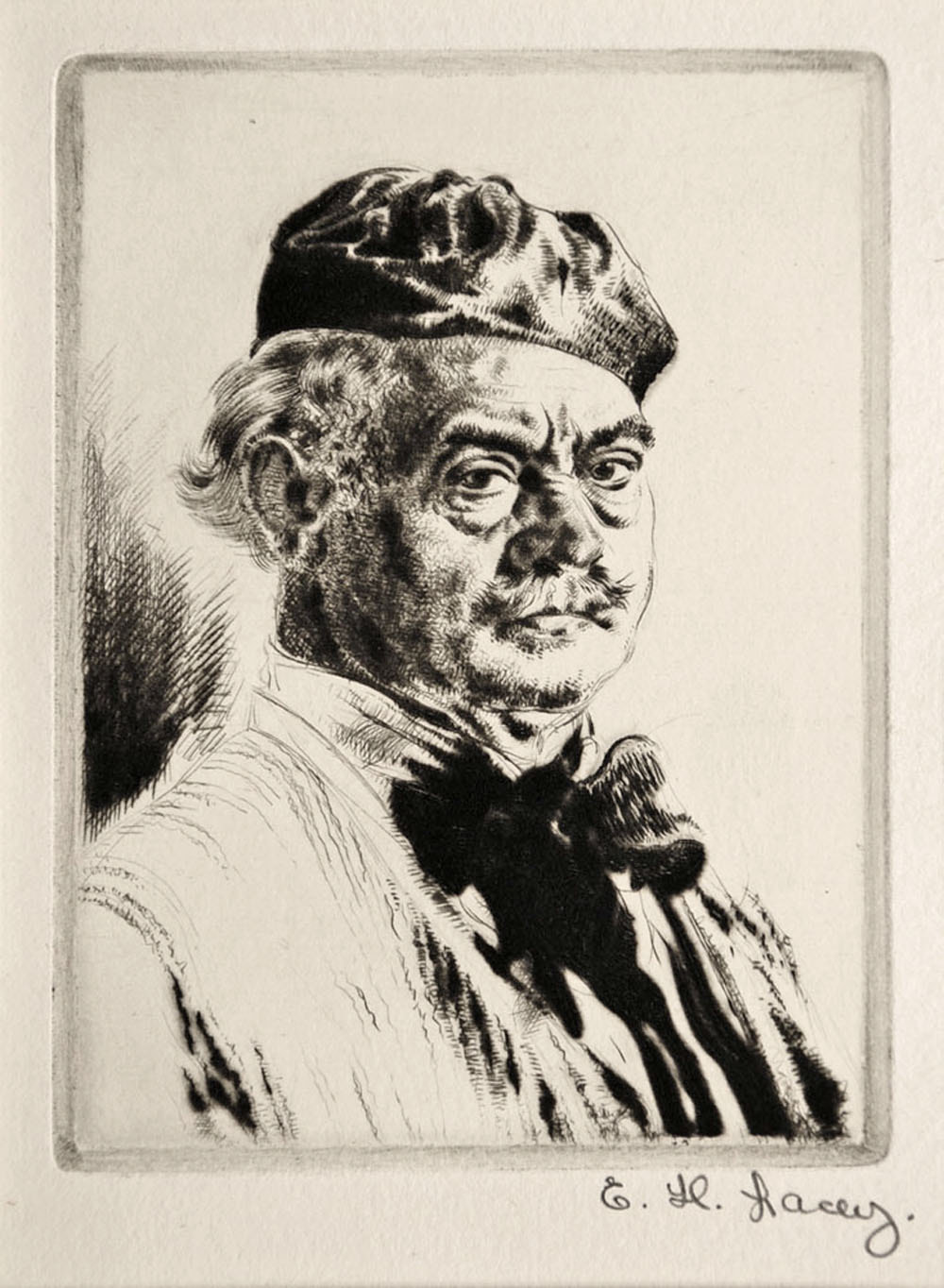