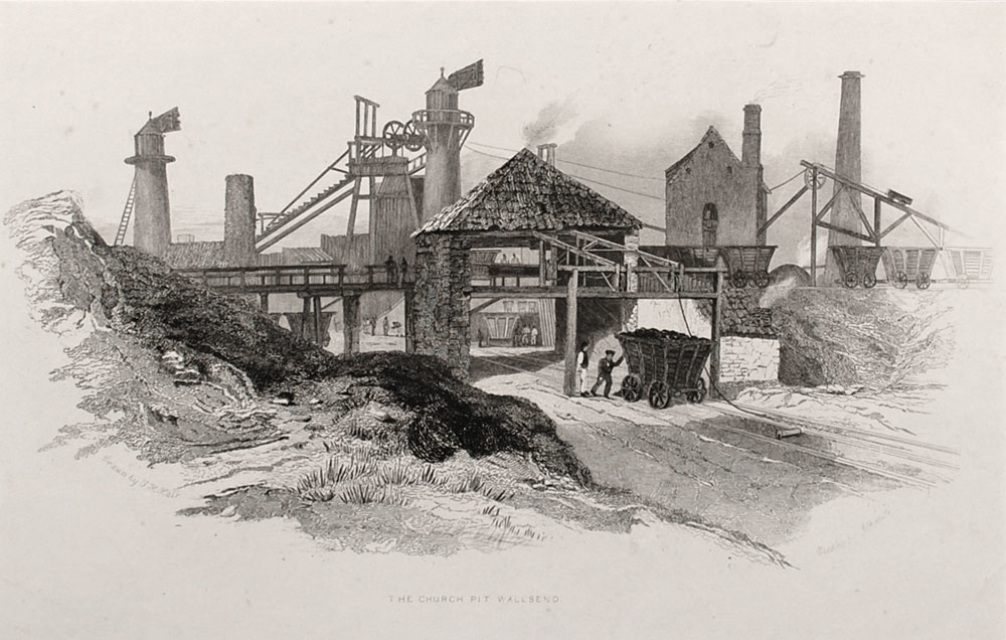 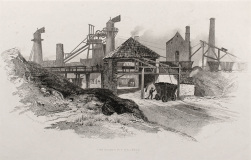 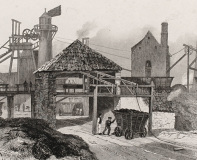 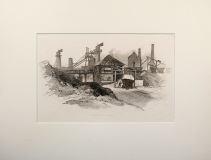 In a cream mount (matt)

Thomas Hair was born at Scotswood in what is now Tyne and Wear, the son of a lampblack maker. As Douglas Glendinning (2000, p.8) noted, ‘his training in art probably began in the workshops of the Tyneside engraver and lithographer, Mark Lambert (1781-1855). Lambert himself had been assistant to the master wood engraver from Cherryburn, Northumberland, Thomas Bewick.’
By the late 1830s, Hair was living and exhibiting in London. It is clear from the titles of his submissions to the Suffolk Street Gallery and the Royal Academy that he retained an association with the north, the subjects predominantly being watercolour views in and around Northumberland and Cumbria.
Today, Hair’s renown rests chiefly on the celebrated series of watercolours he produced between 1828 and the early 1840s depicting aspects of the north east coal mining industry. The watercolours (now in the collection of the Hatton Gallery, University of Newcastle and the subject of an exhibition in 2000) were preparatory works for a series of engravings produced for Hair’s book, Views of the Collieries of Northumberland and Durham (1844). The print above comes from this volume.
Each engraving was accompanied by a short descriptive section. That for the Church Pit, Wallsend reads:
‘The view of Church Pit… comprises nearly all the paraphernalia of an extensive colliery… On the railway front, the efficiency of that mode of transmission is exemplified by the fact of a ponderous wagon full of coals being moved on a gentle incline by the hand of a single individual. A railway from another colliery crosses the above by means of a wooden bridge… Beyond and in the centre, is the ‘shaft frame’ supporting pulleys that overhand the pit.’ (Quoted in Glendinning, 2000, p.28).