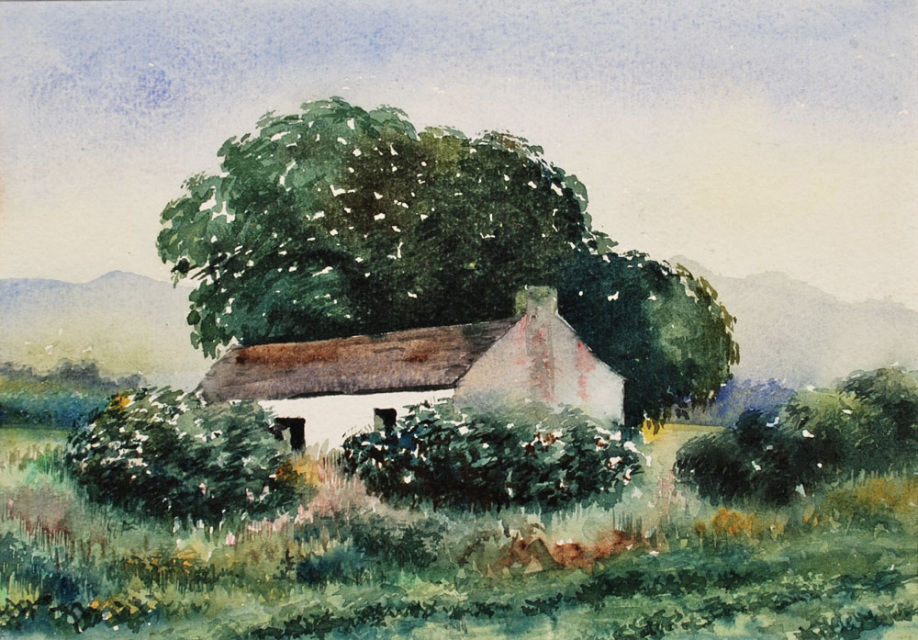 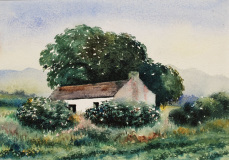 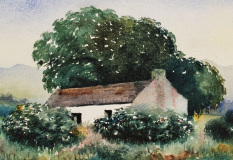 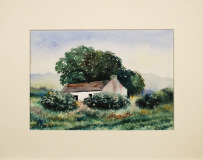 A Cottage in an Upland Landscape - Orlando Greenwood

Free delivery on all UK orders

We have a short biography of Orlando Greenwood here.

1 available
Add to Cart
bOrlando Greenwood (1892-1989)
An artist of considerable range and talent, Greenwood was born at Nelson, Lancashire. He worked at his uncle's mill from the age of thirteen, before studying art at Goldsmith's College, London.
As described in the introduction to the catalogue for Greenwood’s Studio Sale (held at Christies South Kensington, 11 October 1990), after ‘spending the First Wold War years in the Royal Engineers, his career began to flourish in the 1920s, when he achieved considerable notoriety for his still lifes of porcelain figures arranged in classically inspired tableaux. At this time he was hailed by some critics as ‘undeniably brilliant’ (The Sunday Times), while the Daily Mirror saw the success of his 1925 exhibition at Spinks in London as a ‘triumph’ and ‘…a direct challenge to the ultra-modernists, since Mr Greenwood is in the best tradition of painting’. At this exhibition, Greenwood sold twenty-eight out of thirty works on view, for the then considerable sum of £2,500 – half of them selling within the first half-hour of the show opening. Greenwood stated that the idea for these works derived from his being too poor to afford models. At this time, he executed numerous self-portraits for the same reason. Later in his career he went on to paint a variety of still-lifes, landscapes and architectural studies.’
Up until his retirement from painting in 1967, Greenwood exhibited widely including at the Royal Academy, the Royal Society of Portrait Painters, the Royal Institute, the Royal Society of British Artists and at Goupil, Colnaghi, Spinks and the Beaux Arts Gallery.
The Greenwoods’ house at Richmond, London was bombed during the Second World War prompting a move to Cumbria, first to Dunningwell and then to Ulpha. Following Greenwood’s death in 1989, a small exhibition was held at The Bloomsbury Gallery on the centenary of his birth.